"I was hospitalized for two weeks, unable to move, with constant excruciating pain all over my body," said Mata Stevens. 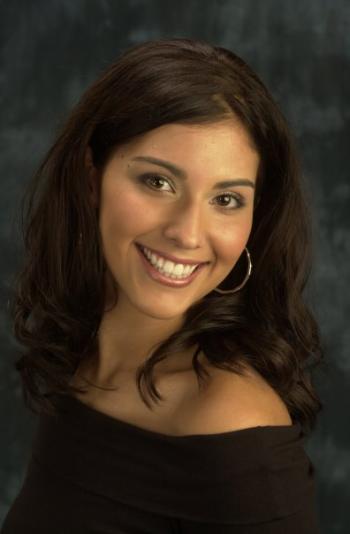 After leaving the hospital, she was then bedridden for 18 months, unable to walk, bathe or even turn over in bed on her own.

"During this time, I was prescribed a myriad of medications to mask symptoms from my back pain, neurological pain, back spasms, hormone imbalances, acne, eczema, sciatica, vitamin deficiencies and insomnia," she said. "I was forced to medically withdraw from all my college classes."

While this would be difficult for anyone, Mata Stevens had been crowned Miss Teen Arizona, and her injury was accompanied by an acutely felt loss of the community in which she had previously been so active.

After experimenting with every option offered to her by 10 different specialists, she began to look to alternative treatments in the form of nutritional medicine. It was then that she discovered juicing.

Juicing is the practice of making and consuming natural vegetable and fruit juices. Some say juicing has positive health effects and may help as a natural remedy for ailments including chronic pain, heart disease and weight gain, but there is no definitive research to prove it.

Stevens hopes her experience can be the foundation for future study. The Arizona State University pre-med biochemistry major and senior in Barrett, the Honors College, is conducting research on the health effects of juicing for her honors thesis.

“I successfully completed 30 days of drinking only fresh vegetables and fruits. In 30 days, I lost 25 pounds and gained a new perspective on the importance of nutrition to heal my body," said Mata Stevens, who has now made juicing a part of her daily life.

The science of nutrition

"For the first time in five years, I have been able to drive to doctor appointments, walk around the grocery store, go to the movies, exercise and successfully continue my education," she said.

Mata Stevens, who solidified her interest in medicine by participating in Barrett’s pre-med summer internship program at the Mayo Clinic in Rochester, Minnesota, said as a pre-med biochemistry student, she wasn’t required to study nutrition for her degree.

“However, nutrition and freshly extracted juices helped my body heal. I believe the science of nutrition can be the foundation for healing the human body and should be a required course for all pre-med students."

Mata Stevens says she is committed to conducting her honors thesis research on nutrition because it has made such a big impact on her life. Her research has entailed collecting numerical data from a large population of people who choose to integrate juicing into their daily life. The survey has been taken by more than 1,000 people of varying age groups and levels of juicing experience from around the world.

The survey covers several topics, including the average ratio of vegetable to fruit in a freshly made juice, organic versus non-organic produce, positive effects of juicing, negative effects of juicing and duration of juice fasting (when a person consumes only freshly extracted vegetable/fruit juice for an extended period of time).

“Based on the results of the study, I will gain insights into the average percentage of vegetable and fruit incorporated in a freshly extracted juice. I will also examine the perceived health effects of vegetable and fruit intake in juice form,” said Mata Stevens, who has attracted the attention of the juicing community and featured on several juicing websites.

She has discussed her healing journey and thesis research on Juicing Radio, and was interviewed by prominent British juicing expert Neil Martin.

One of the most well-known names in the juicing community, Joe Cross, from the documentary “Sick, Fat, and Nearly Dead,” has tweeted about her research, and she has received support from his Reboot Team. Mata Stevens is hoping to bring Cross to Barrett to participate in her thesis defense.

While she says the juicing lifestyle has become more popular in recent years as an alternative method to curing the body from disease, Mata Stevens believes there needs to be scientific research to back up these claims.

"With a simple Google search, anyone can find thousands of anecdotal success stories related to juicing. However, there needs to be more scientific data on the effects of freshly extracted juices on the human body," she added.

"I believe this research is a great step forward."

For those interested in juicing, Mata Stevens offers this recipe: One stalk of celery, two cucumbers, one tomato, one green pepper, one green apple, one squeezed lemon, a handful of parsley and/or cilantro, one bunch of kale and/or spinach. Run each vegetable/fruit through a juicer and into a container, then refrigerate. Enjoy cold.